Tina Scott, thanks for marrying me forty years ago

To my wife, Tina – happy 40th wedding anniversary and thanks for staying married to me all these years. 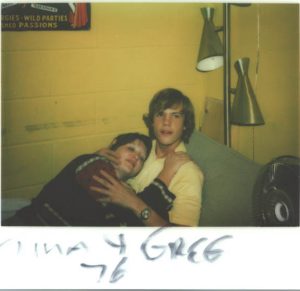 I remember these two young people from 1976.  We were in my college dorm room in this picture. This had to have been my freshman year because there was no loft – I built that my sophomore year. So, in this picture, Tina was 17, I was 18; I’m in the white shirt. The guy with hair.

There’s plenty Tina and I would both tell these two lovebirds from all these years later. Or maybe not – maybe it’s best they learned their lessons on their own. No telling how it would have turned out if our older selves were there to give our younger selves wise advice. 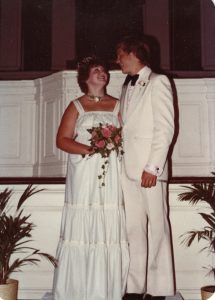 My parents and Tina’s parents could not have been more different. When they met in Crawfordsville, Indiana before our wedding, let’s just say things didn’t go well.

We were married on Saturday, August 19, 1978. It was the opposite of a storybook wedding and we didn’t have the first clue about what it meant to be husband and wife. I’m still learning.

My senior year of College was about to start and we rented the Wabash College Chapel for the ceremony.  It cost $50 and I don’t remember how we came up with the money. Tina’s Aunt Deloris made Tina’s wedding dress from scratch. Tina’s uncle married us. For free. Tina’s dad paid for the flowers. My mom and stepdad got drunk.

We said our I-dos and Tina’s uncle instructed us to kiss. Tina gave me a quick peck. I said, “you can do better than that.” The place erupted in laughter and then we did a real kiss. And that was it, we were married. 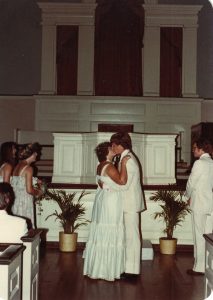 You may kiss the bride

We spent our honeymoon at Tina’s grandparents’ cabin on the White River, somewhere in Indiana, because they let us use it for free. And we splurged on a Heart concert at the Indiana State Fair in Indianapolis.

After college, I got my first career job at Rose-Hulman Institute of Technology in Terre Haute, Indiana. I was the assistant director of a two person computing center staff. Starting salary, $14,400 per year. Tina got a job at a store named Apple House, and later worked at the Shew Veterinary Clinic two houses away from us.

I was determined to buy a house because I’d heard nobody was making new land anymore and I wanted a piece of what was left of the, um, ground floor. And so, with an income barely above the poverty line, we became Seelyville, Indiana homeowners a few months after we were married. At age 22, we had a first mortgage, a second mortgage to cover the down payment, and a student loan. That house would be a thorn in our sides for the next fifteen years. This is a recent Google Maps Street View image. Looks like somebody fixed the top rail of that chain link fence. 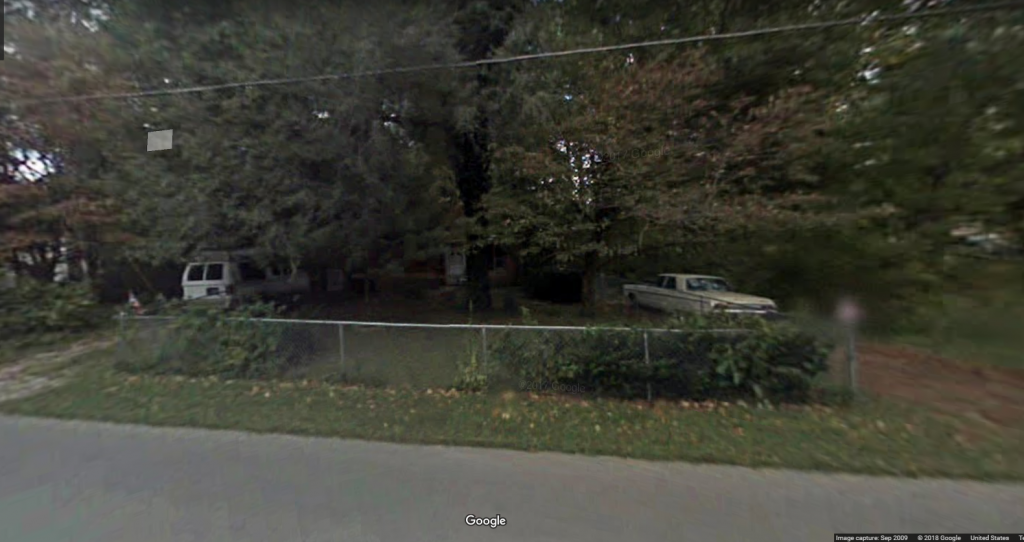 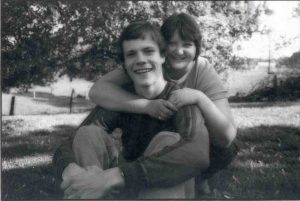 I tried all kinds of ideas to supplement our income. None amounted to anything. A photographer friend of a friend took this picture in 1980 when I was going to take over the world by becoming an Amway distributor. After our weekly Amway meetings, the whole group went to Denny’s for dinner. We tagged along, but couldn’t afford anything on the menu, and so we ate free crackers and bleu cheese dressing.

We’ve lived plenty of life since those days, none of it from a happily-ever-after story. Instead of happily-ever-after, we’ve um, matured together over the past 40 years. Yeah, that’s a good word for it, matured. We’re not old. 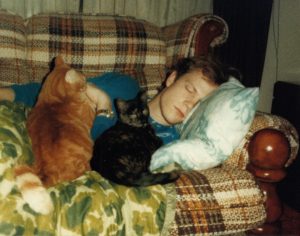 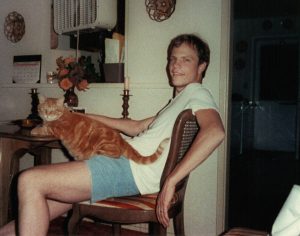 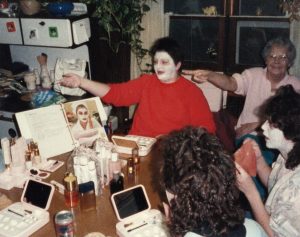 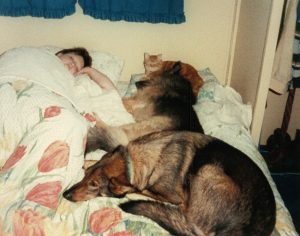 To date, we’ve shared our house with seven dogs, eleven cats (eighteen if we count Huffy-Puffy’s kittens born under the covers against Tina’s leg), one daughter, two grandsons, and more of my daughter’s fish than I can count.  And a tadpole named Thaddeus who grew into a bullfrog and hopefully still lives by the pond behind our house.

We’ve laughed, we’ve cried, we’ve both been mad enough to strangle each other, and we’re still here to talk about it.

Tina, I love you now even more than forty years ago. Here’s to the next forty.

Here are a few more pictures. That’s me in the clown suit. 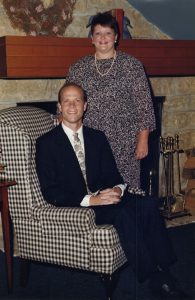 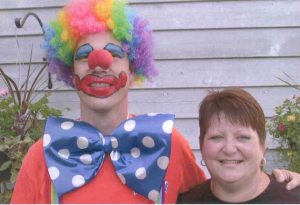 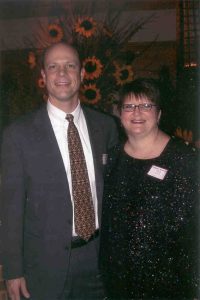 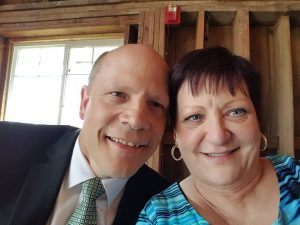