An email came in the other day from the GOP, the United States Republican party.  The party I used to respect.  It claimed to be a one question survey.  The question was, “The president’s job performance has been…”  My choices were great, good, OK, or other.  Here’s a screen shot. 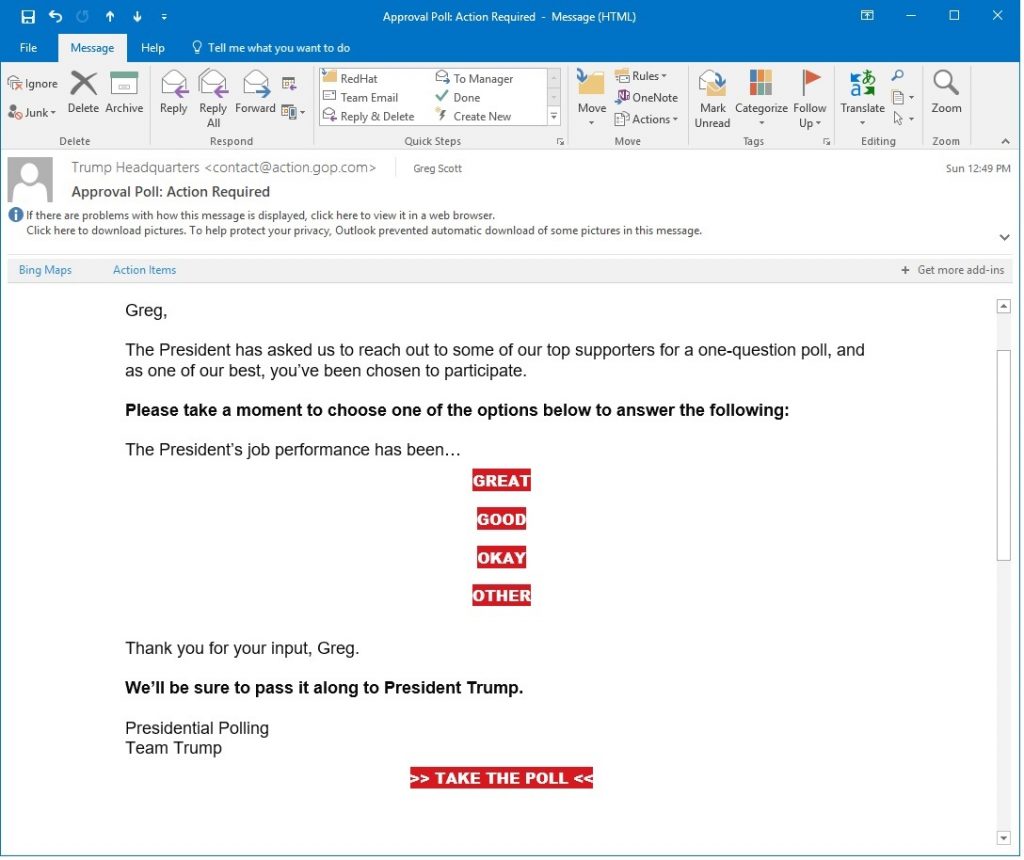 I’m a civics minded guy. We, the people of the United States of America are supposed to express our opinions. The email really was from the GOP. Maybe the Republicans really were looking for feedback. So, like a dork, I took the bait and clicked “Take the Poll.” I should have known better.

That brought me to a website with the one question, as promised in the email.  I clicked “other,” and chuckled at the obvious bias.  Why no “atrocious” choice?  The survey invited comments, so I added a few about sexual abuse, late night tweeting, alternative facts, fake news, and others to summarize my opinion of President Trump’s first eleven months in office.

And then I clicked Submit.  This is where I got mad.  Instead of “Thank you for taking the time to respond,” or something similar, it took me to a page like this: 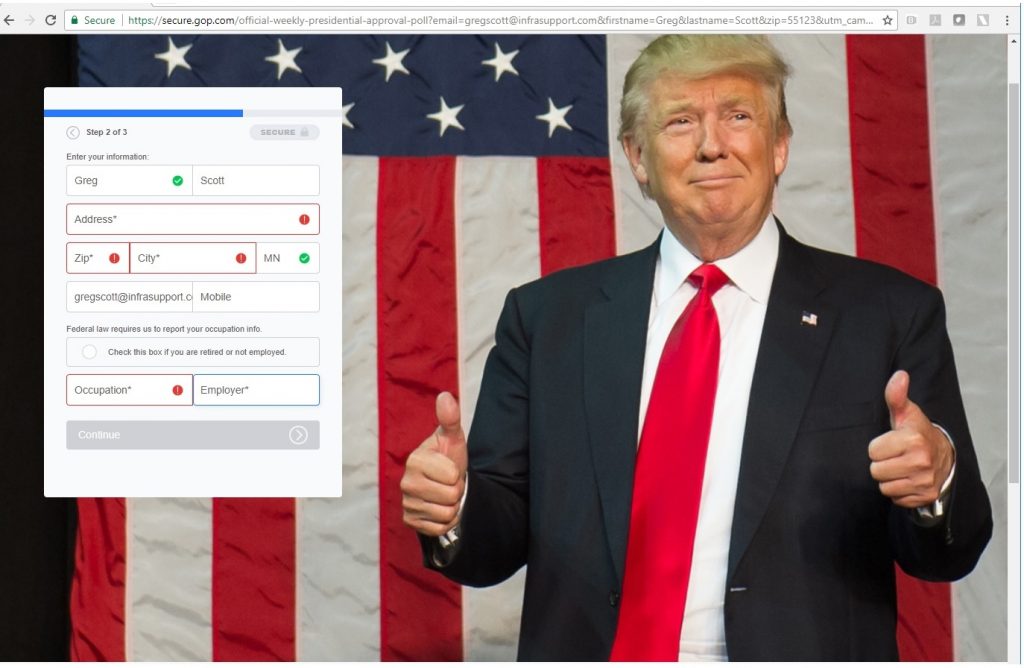 The little section at the top left had three steps.  I pasted in step 2 of 3. In step 1 of 3, I had to pledge a dollar amount so the GOP would pass my opinion onto President Trump.  In part 2, the GOP wanted to know my name, address, my occupation, and my employer.  And part 3 is where I was supposed to provide my credit card number.

I have another message for the GOP.  I’m not going to fill out your form and tell you my occupation and my employer.  And, given both political parties’ sorry track record around security, and Trump Industries’ weenie excuses for security problems, I’m certainly not going to trust you with my credit card number.  And asking me for a contribution for you to pass my comments onto the president? That’s just lame.

I could write several paragraphs about how wrong it is to solicit opinions from the public and then tie them to a political contribution, but why go to the trouble?  You guys should already know better.  Are you the same clowns who did the pitches to take money out of people’s pockets for Trump University?  Is this the best you can do to earn my trust?

President Trump, how am I supposed to have any respect for you as the leader of my country when you keep pulling these rinky-dink pranks?