A lot of people have asked me lately, “Greg, why do you write?”  I ask myself that same question all the time, especially in the middle of the night after I’ve fallen asleep in front of the keyboard and I wake up with a sore neck and drool running down the side of my chin.

Believe me, life would be simpler and easier if I just focused on being average.  I don’t remember the last time I went to bed at a normal time and stayed in bed all night.  And doubts about writing plague my mind every day, especially when friends and family constantly remind me that nobody cares about what I write.  They don’t come out and say it, but I can read between the lines.  And, so far, they’re right.  The raw truth is, nobody but me cares about what I write, or what I think, and the odds are good that nobody ever will.  Dreams are for idiots who don’t know better.

So, why not just admit I’m a failure and take the easy road?

It’s the dream.  I want to be a successful writer.  I want it badly enough to put in the time to learn this craft. I want it badly enough that it crowds out nearly all other thoughts. Writing is the last thing I think about before I pass out in bed, exhausted, and the first thing I think about when I get up in the morning, four or five hours later.

But there’s more to it.  I need to insert a sports metaphor.  Sort-of.

When I was much younger, I read biographies of lots of sports stars.  One was Bart Starr.  Bart Starr wanted to be an NFL quarterback.  But the experts said he was too small and his arm wasn’t strong enough to throw long passes. 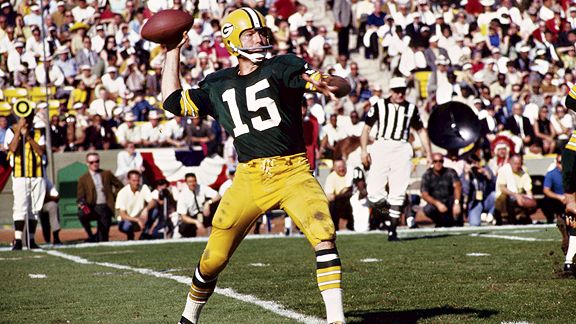 The Green Bay Packers drafted Bart Star in the seventeenth round in 1956, and nobody expected him to still be there by the end of training camp.  According to what I read, he prepared by spending hour after hour after hour, day after day, throwing passes at a tire erected on a wooden frame.  He made it through training camp, through three miserable seasons, and then went on to become the greatest quarterback in the NFL.  He had talent, but he won because of hard work.

As a long-time Minnesota resident, I also watched Randy Moss play football for the Minnesota Vikings.  His nickname was “Super-freak” because his body could do things most human beings only dream about.  He is still the most talented wide receiver the NFL has ever seen.  He should have captured every NFL receiving record, but he flushed it all away by relying on his talent without putting in the hard work to compete with the best of the best.

Who is more admirable – the super-freak with superhuman talent, or the normal person with a superhuman work ethic?  I know who I admire more.

God gave me writing talent.  I could feel it all the way back in high school, when I discovered I had a knack for putting sentences together.  But I blew it.  I never tried to improve.  I never got better, even when I wrote a back page magazine column for five years.

Most of my life is over.  But I’m not dead yet, and I need to make up for lost time.  That’s why I keep at it, night after night, typo after typo, rejection after rejection, failure after failure.  Because, after all these years, maybe, just maybe, I might be able to finally make something out of myself.  Maybe even become a role model of success for my grandsons.  Maybe even leave them something after I’m gone.  If I die trying, at least I died trying, instead of dying wondering what it would be like.  And if an audience finds me, so much the better.

I have a message about talent for the two or three people who might read this someday.  God gave you talent.  You didn’t earn it, it was a gift.  Just because God gave you a talent, even super-freak talent, does not make you better than everyone else.  If God gave you a talent, then you have an obligation to nurture it, develop it, and do something good with it.  Don’t make the mistake I made and spend most of your life ignoring it.  And don’t make the mistake Randy Moss made by squandering it.